"He was a bright and curious boy, then a strong-willed teenager, playing his guitar, permanently grounded, never, ever touched — except with gloved hands, for medical procedures."
~ Pat McNees, The Boy in the Plastic Bubble 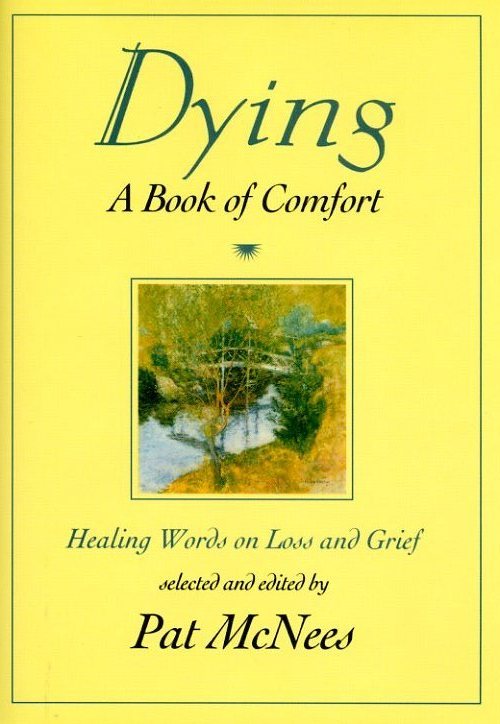 Order your signed copy of DYING: A BOOK OF COMFORT
My Chosen People, by Abigail Rasminsky
(my goddaughter's modern story about an old holiday)
Great search links
Writers and Editors

National Do Not Call Registry
Registering NOT to receive telemarketing calls (also on your cell phone)
Forgetfulness ("The name of the author is the first to go") Billy Collins' poem
Great multimedia goodies on the Web
Overheard in New York
OrganDonor.GovOrgan Donor Basics
Religious views on organ donations (OrganDonor.gov)
Montana Horses

(with links to good narrative nonfiction)

The boy in the plastic bubble

The “boy in the bubble” became part of popular medical lore in 1976, with the made-for-TV movie The Boy in the Plastic Bubble. In the film John Travolta — playing Tad, a boy whose immune system is severely compromised — leaves the plastic-enclosed room that protects him from other people’s germs and walks away down the beach.

The real story, however, ended far differently. It started in 1972 at the dinner table of NIH cancer researcher Vince DeVita, when his wife remarked that their nine-year-old son, Ted, had huge purple “blotches” all over his legs. As an oncologist, Ted’s father knew immediately that the bruises could indicate serious illness, and they did: severe aplastic anemia, a rare disease in which the body is suddenly unable to produce new blood cells and platelets. He was admitted to the Clinical Center and lived there in a sterile room for eight and a half years. Ted’s younger sister, science journalist Elizabeth DeVita-Raeburn, was six when Ted became ill.

The Clinical Center doctors and nurses who cared for Teddy, as the nurses called him, will see him as more than a near-legendary patient in Elizabeth’s compelling account of his — the family’s — life in Building 10. In The Empty Room (Scribner’s), Elizabeth writes that Ted’s illness and death became the defining experience of her life, though it was years before she realized it.

Ted’s story is background to her book’s real theme — why “the loss of a sibling, which can be a crippling blow to our understanding of who we are, and how we function and relate to others,” is so often considered less significant than other losses.

In about half the cases, scientists don’t know what causes aplastic anemia. In the search for answers to what happened to Ted, Elizabeth reports, researchers autopsied the family parakeet, who died the day after Ted went into the hospital; tested the glue he used to make model airplanes (one ingredient of which was a suspected trigger for his orphan disease); checked which antibiotic Ted had taken shortly before he was diagnosed (another suspected trigger); and worried about a box of oranges someone had sent from Florida, so coated in pesticides that they were thrown out — but not before Ted had eaten one. They never learned what precipitated the disease.

The only hope of a cure then was a bone marrow transplant — a therapy developed in the 1960s in response to aplastic anemia — and Elizabeth and her parents were not good matches. While scientists and physicians tried all the other known approaches to dealing with his condition, Ted was isolated in a room on 13-East created to protect leukemia patients whose immune systems had been destroyed by chemotherapy.

The “laminar airflow room” in which Ted lived had opened for the first cancer patient in 1969. Larger than the earlier “Life Island,” a bed surrounded by a plastic bubble, the laminar airflow room allowed Ted to walk around. He lived surrounded by plastic sheeting containing a door-sized space through which things and occasionally doctors could pass in and out. He was surrounded by a “curtain” of air, a steady outflow of positive air pressure to expel potential pathogens.

On the few occasions he left on outings with the family, he did so encased in a spacesuit and helmet, with an air pump that expelled pathogens — an outfit that drew so much attention that he rarely left his room. (The only time he wasn’t stared at was at a Star Trek convention.) Before Ted was installed in the room, the longest a patient had stayed there was several months. The hope was to sustain him with isolation and frequent transfusions until he recovered spontaneously or they found a treatment that worked.

For years, the Clinical Center was a second home to Elizabeth, where she remained the younger sister Teddy loved and teased. He was a bright and curious boy, then a strong-willed teenager, playing his guitar, permanently grounded, never, ever touched — except with gloved hands, for medical procedures.

From the medical notes, Elizabeth learned that the staff saw Ted as “alternatively hostile, angry, and cheery,” experiencing tantrums (especially the first year), throwing things from The Room, hiding thousands of pills in a cavity in the wall because he hated taking them.

Ted’s death May 27, 1980 — caused mostly by iron overload from too many transfusions and no chelation — came as a shock to Elizabeth, as unexpected as a car accident. At the time, she didn’t realize how life-threatening Ted’s condition was. She realizes now how courageous he and her parents were.

After Ted’s death, Elizabeth’s parents never talked about him — a common way of coping and trying to “protect” the surviving sibling, but one that suppresses grieving. Grief when it came years later struck Elizabeth hard.

Through differences from siblings we identify ourselves, Elizabeth writes. In the years after Ted’s death, Elizabeth craved normalcy but found “everyday sameness” unnerving. She was more comfortable with stress and crisis, as well as with becoming invisible. Those who read her book on sibling loss, The Empty Room, are unlikely ever again to say to someone who has just lost a sibling, “How awful it must have been for your parents.” Children who aren’t encouraged to speak their grief when they lose a sibling get “stuck in ambiguity,” she writes. “Storytelling is a relief from ambiguity” and complicated grief.

Ask them to tell you their story.

Elizabeth’s recreation of Ted’s legendary stay in the Clinical Center, partly from medical notes to which her father gave her access, is compelling. When she returned recently to visit 14-East, she was led through the hospital by Stephen Channock, who lost his brother Foster to cancer the same week and in the same ward, 2-East, where Ted died. Inspired by the “missionary zeal” of the doctor who treated both Foster and Ted, Stephen Channock became a pediatric oncologist, eventually working only 500 feet away from the intensive care unit where his brother died. He is still with the NIH.

If Ted were to be treated in the new Hatfield Clinical Research Center (opening in late 2004, a facility update and an extension of Building 10), he would probably spend some (but not as much) time in one of several rooms with positive airflow, and a palliative care team would help Ted and his family deal with their emotions. The treatment today is more effective than it was when Ted was ill but much about the disease remains a medical mystery. Patients like Ted give researchers incentive to keep pressing for answers.

This article was first published in the NIH Clinical Center News in August 2004. Movie websites say the boy in the bubble was about a boy named David in Texas. DeVita-Raeburn says in her book that it was apparently based on the stories of two patients: on the disease of David, a little boy in Texas who was still a small boy when the movie came out and who lived his entire life (12 years) in a bubble, and on the outline of Ted’s life. Ted was 14 when it was released and John Travolta — Tad in the film — bore a strong resemblance to him. The DeVita family would never have authorized the movie. 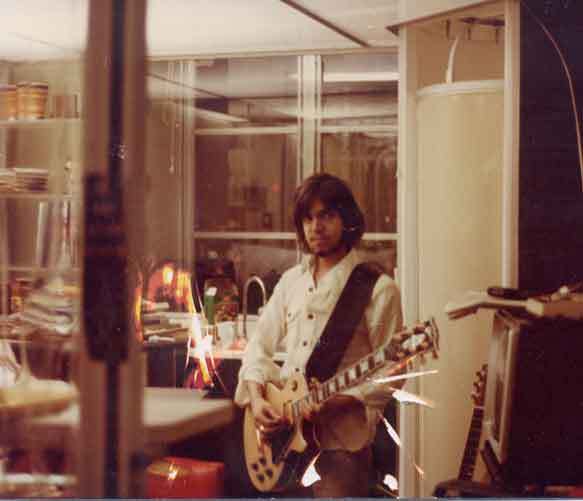 Storykeepers, personal historians, oral historians, video biographers, genealogists. Everyone has a story to tell. What's keeping you from telling yours?

What is an ethical will? A legacy letter
A loving testament, or legacy letter, sharing your life experiences and lessons with the next generation
Pat's writing workshops and presentations
Learn to write articles, reports, ethical wills, or life stories (memoirs and beyond).
Eulogy for Eleanor
Mom — hardworking, sassy, and full of surprises
Washington Biography Group
Mutual support and discussion
The difference between a preface, foreword, and introduction
An American Biography
Social history through the life of an ordinary Midwestern businessman.

Changing Times, Changing Minds: 100 Years of Psychiatry at the University of Maryland

The NIH Clinical Center
You've probably never heard of this national research hospital and clinic. But someone you know may be able to benefit from it directly and all of us do, indirectly.
YPO: The First 50 Years
A frank history of the Young Presidents' Organization.
By Design (Crown, the BMW of forklifts)
The little lift truck that could — a story of brilliant marketing in America's heartland.

Dying, mourning, and other inevitable events

Dying: A Book of Comfort
"This remarkable collection, coming from personal experience and wide reading, will help many find the potential of growth through loss." --Dame Cicely Saunders, founder of the hospice movement
Selections from Dying: A Book of Comfort
For those dying, for caregivers, and for the bereaved
Music for funerals and memorial services
Listen to samples of popular songs and music

Best practices for teaching science--to strengthen the science workforce by not assuming science is for boys only -- and by finding out how girls best learn it.

Learning Styles
Identify children's learning styles and improve their ability to learn.
Homework without tears
Six weeks to hassle-free homework.
Teens and alcohol
Why parents should be concerned.
Scared speechless? Join Toastmasters
Public speaking is a craft, not an art. It can be learned.
Central issues of our time

Some links and a selection

The truth about dry cleaning
Can you wash it if it says "dry clean"?
Selling your diamonds
Fact vs. fantasy
Starting a small business
One woman's story.
How to buy upholstered furniture
Don't focus on the fabric.